For my third project, Triage, my team and I had the opportunity to attract Collaborators to assist with audio and animation for our project. After pitching our project to a group of Animators and Audio crew, nobody approached us to work on our project. We found a collaborator through one of my teammates, but they soon left without warning. To prevent a similar situation from occurring in future, it’s good to reflect on how this happened, and what can be done in future

My first mistake was not immediately networking with collaborators. As I learned from GCAP, you need to reach out to the people you want to work with; you can’t expect that they will come to you. Because I never approached anybody, nobody approached me, and we didn’t attract anybody until we reached out to a friend of one of my workmates.

My second mistake was not catching up with our collaborator as often as necessary. Because I assumed their tasks were relatively straightforward, and their work was not a pre-requisite of later stages of the project, they had until the end of trimester to submit their work. After this, I never actually caught up with them, and assumed they had a lot of their own work. Because I never caught up with them, they disappeared from the project after not long, and we finally had to create our own assets in their wake, and lost the opportunity to have a dedicated animator create the animations for our characters.

Despite this, pitching the product individually to our Animator was a great idea, and cleared up a lot of questions before diving into the project. It’s just a shame that I couldn’t make them stay for the project’s duration. Keeping these mistakes in mind, I plan to involve myself to a far greater degree with my collaborators, and build trust and confidence with them that lasts well beyond our project’s ship date. 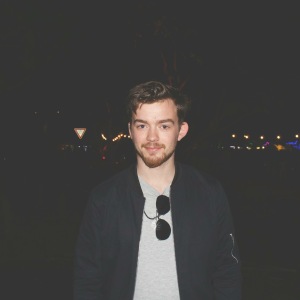